Follow two teenage girls as they leverage their creative work and make their school—and the world—hear their voices in Renée Watson and Ellen Hagan’s Watch Us Rise. Visit a world of old mysteries, hot cars, and hotter relationships with the three women whose friendship forms the bedrock base of Jennifer Crusie’s Fast Women. Claire LeGrand’s beautiful, biting Sawkill Girls will ake you to an island of horror, where only the strength and fire-forged friendship of three incredible young women will save their world—and their own lives. Whitney Gardner’s You’re Welcome, Universe is an own-voices narrative of the Deaf community—and also a beautiful portrait of a friendship between two intense young women. In the mood for romance? Sonali Dev’s Bollywood series consistently offers up close women’s friendships mixed in with hot heroes. Jasmine Guillroy‘s romances include friendships between women—and women’s friendships are treated as important and indeed essential components of their lives. Similarly, Alyssa Cole’s Reluctant Royals series doesn’t just feature hot (and royal) dudes: there are tight, lasting friendships, too, and they will get their due.

Spinning Silver, Naomi Novik’s re/imagining of Rumplestiltskin, takes its readers through magical worlds and very real antisemitism—but it also cleaves to the bonds of love, familiar and friend alike. Want the darker angles of women’s relationships? Jessica Shattuck’s The Women in the Castle doesn’t always tell the tale of friendship, but it does celebrate the ways in which women can—and will—work together to survive. (In many ways, it is similar to Salt to the Sea, though the latter is about teens.) Karen Memory, Elizabeth Bear’s steampunk novel set in a brothel in an alternate Seattle, is built off the love and trust and friendship of women—particularly, in this case, of the sex workers in the brothel, and their collaborations with their madam. Liane Moriarity’s Big Little Lies—as well as the HBO series based on it—delve into women’s friendships as well as women’s secrets, and the ways in which our friends can keep us alive in the face of evil. Want one hell of a warped (but eternal!) friendship? Try Oyinkan Braithwaite’s My Sister, the Serial Killer.

Move away from fiction into nonfiction—the hows and whys of our friendships—with Girl Talk: What Science Can Tell Us About Female Friendship, by Jacqueline Mroz. (Want to see her suggestions for books about women’s friendships? You’re in luck: she wrote about them for LitHub!) Delve into the history of women’s friendships with Marilyn Yalom’s The Social Sex: A History of Female Friendship. Learn about the ways we talk—and how we communicate, including how we listen—with Deborah Tannen’s You’re the Only One I Can Tell This To: Women, Friendship, and the Power of Conversation. Round off the day with Chimamanda Ngozie Adichie, as she discusses friendship—and feminism—in Dear Ijeawele, then finally, because we too often ignore the young and the old, delve into the lives and friendships of older women with Mary Pipher’s Women Rowing North: Navigating Life’s Currents and Flourishing as We Age.

Here’s to Galentine’s Day—and to the friends who keep us afloat! 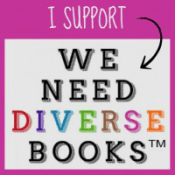