Periodically, things go the rounds on social media, promising to break up the monotony of our dinners, or bad dates, or, now, our political postings, with art and music! Because who doesn’t want to see art and music in their timeline, amirite?! I mean, how could I argue with this? Art is beautiful! I have a degree in art history! I love early modern and colonial literature because the visual is so important!

But I can totally argue with it. Part of it, of course, is just that I’m a fighter, apparently, and arm myself with facts and data and critical theories to tilt at the windmills of bad and misleading information. (I often feel rather a lot like this and this, to be frank.) But the other part? It’s quite simple, actually: this is a bullshit theory. The arts are always political.

Or, you know, everybody’s political, whether they know it or not.

I’m always a bit surprised (to put it mildly) when people try to paint the arts as apolitical. They’re just…not. It really isn’t possible. From those who are encouraged to create, to those who are allowed to perform; from those whose works are published to those whose works are awarded; from the symbolism of a rotting piece of fruit or a dying flower to the placement of boxes in a theater; every decision is political. The personal is political, and has always been political, and will always be political, but the politicking of the arts often extends well beyond the personal.

I am rather a nobody, a faceless woman behind a computer, somewhere in or near Chicago. (Not to the north, I do assure you.) My word might not be worth that much, in this introduction to what will likely be an on and off series about the political sides of art (including the stuff you never thought about before, like ladies lunching in Impressionism, or just who modeled for that Virgin Mary in Caravaggio, anyway), but that’s okay: others have said very much the same thing. Toni Morrison, that great American writer, says, in a 2008 interview, “All good art is political! There is none that isn’t. And the ones that try hard not to be political are political by saying, ‘We love the status quo.'”

I would very much argue that Ms. Morrison is right, that, for a great many reasons, she knows very well the politics of art. (As well as the politics of other things, such as what’s happening now.) I’d hop onto that point about loving the status quo: I think it goes beyond the creator’s intentions (my grandmother, for instance, always insisted that there was no “hidden meaning” in her stories, gosh darn it all to heck!), fanning out into the world at large. We are all products of our environments; we may be people ahead of our time but we are simultaneously people of our time. Similarly, our creations spring from the murk of our worlds, extending their tendrils into other worlds, and other times, and other interpretations. Now, of course, Ms. Morrison is not the only artist to have spoken of art and the political, just as my grandmother was hardly the only author to be somewhat clueless about the intrusion of politics in her work. I have also amassed rather a number of interviews with contemporary figures, all of whom point out that art is political (boom). Fashion is art is politics, and Raf Simons, a Calvin Klein designer, not only understands the political implications of his art but played them up in the launch of his debut collection in New York.  Ava DuVernay, whose work tends to be pretty overtly political, says that “all art is political,” a statement she rounds out with a careful discussion of the ways in which art is, indeed, politics.

These are, of course, contemporary figures. I often tend towards the very historic, the long, long dead. I love their words, their sly games, their hidden commentaries. I love that Adler and Sullivan created the Auditorium Theatre’s clean sightlines as a direct social response to their egalitarian ideals. I love that Caravaggio’s Virgin Marys were usually modeled by hookers. I love that Shakespeare’s women are strong and intelligent, his aristocracy often unmitigatedly idiotic. (It is unclear to me how Don Pedro of Aragon could so totally miss that his charming brother is, in his own words, “a plain-dealing villain.”) And that is why, at least right now, my focus will swing backwards, into the past: just because we no longer recognize the symbols used (decaying fruit, anyone?) or understand the words does not mean that historic art is no longer a piece of political expression. (Did you know that MacBeth was actually a pretty good king? The Scottish play, while genius, is pure propaganda.)

Because I don’t believe in presenting any argument without facts, I am gathering my facts for individual pieces, to come soon(ish). Every opera deserves its own post, wouldn’t you say? (I mean, actually, that would be crazy hard to do, but maybe at least every bigwig composer?) But it is a good enough space to discuss another element of politics in the arts: those who perform it are also political creatures. In the video above, Riccardo Muti, the Chicago Symphony’s music director and principal conductor, uses that wildly Italian chorus, “Va, Pensierno,” as a rallying cry to his  countrymen, asking them to take a stand for arts funding. (Which is, in case you’re wondering, always a political issue.) Then, naturally, they went into an encore of the chorus, as one does when one is playing something that occasionally veers over into the patriotic. 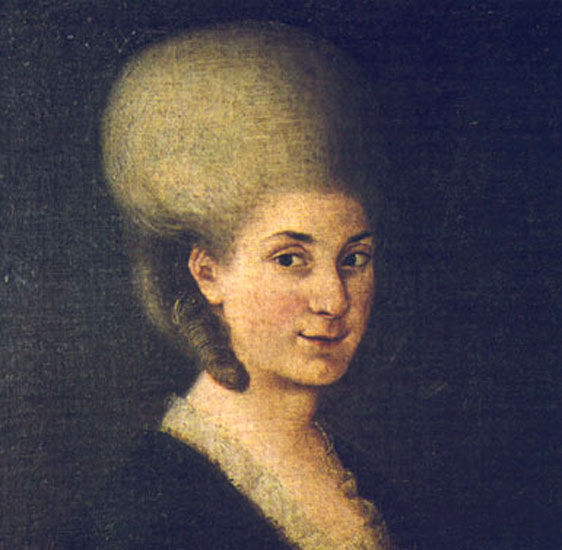 Mozart had a sister: a very real sister, a historical creature of flesh and blood and brilliance, not just an imagined sister, such as Judith Shakespeare, of whom Virginia Woolf conceived and of whom she wrote in A Room of One’s Own. (It is worth noting that the despair Woolf envisions for Judith Shakespeare is not, as it were, always what happened to women of genius: Hildegard wrote her letters;1 Isabel de Jesús and Inés del Santissimo Sancramento worked together to record Isabel’s visions;2 Santa Teresa of Ávila wrote her erotic religious poetry; and Sor Juana may have signed a confession in her own blood, but she had a hell of a run first, and left the glories of her words to the world.3) Mozart’s sister, however, was closer to Judith Shakespeare than one might have wished. Nannerl Mozart was, one gathers, quite her brother’s equal—but she was a girl, and she was forcefully pushed aside to make room for a brilliant but wildly impractical brother. One wonders what she might have given to the world, had she been allowed to flourish as was her brother. (One gathers that Amadeus would really have liked it if she’d grown wings and flown, too, but that was not to be.)

Nannerl Mozart reminds us, then, as do Currer, Acton, and Ellis Bell,4 that creation is itself a political act, and that some are allowed to create, while others are silenced, or hidden, or presented as other than they are. Fanny Mendelssohn Hensel, herself a brilliant musician and composer, had works published under her brother’s name. (You may be familiar with him: he’s Felix Mendelssohn.) Fanny, in her brief life, was perhaps lucky: her husband wholeheartedly supported her work as a composer, which meant that her family had to back down, at least a bit. Similarly, though she was rarely able to compose, Clara Schumann’s husband was (when he was not committed, as he had a poor record of mental health) rather supportive of her compositions, as well, and worried that his own frail health and the demands of their children meant she would never achieve greatness. (You’ve heard of him too: he’s Robert Schumann.) 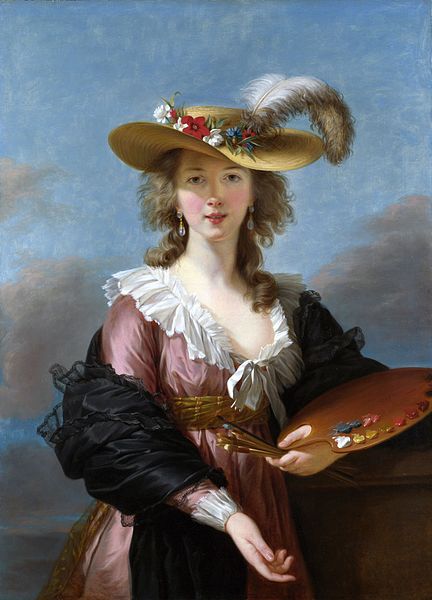 Who is allowed to create? Back when Marie Antoinette still had her head, and her queenship, her choice of female artists was actually rather radical—French women may have participated more openly in public spheres than did women in many other countries,5 yet it was still quite a feat to have a queen’s painters be other women. It’s still an issue today, though many of us would wish our community had long since moved past such crass and old-fashioned blights. Race, gender, and class twist and turn and push and pull, creating their own Judith Shakespeares, their own Nannerl Mozarts and Clara Schumanns and even Fanny Mendelssohn Hensels. Who is allowed to represent us, in art and music and architecture? It is worth noting that there are still precious few women in the highest echelons of classical conductors, and precious few skyscrapers designed by female architects.

Who is allowed to speak? Who, in turn, allowed to set their words to paper? We remember—or some of us do, at any rate—Juan Garrido, that conquistador and prolific grower of wheat, but we have little or none of his words left. (Interestingly enough we also have none of Francisco Pizarro’s words, since he was illiterate.)  George Moses Horton, who was not even freed until the Civil War, left us his words, a gift of blood and sorrow and strength. Phillis Wheatley left us hers; Juan Latino (or Juan de Sessa) was one of the great writers of the Spanish Siglo de Oro; Inca Garcilaso de la Vega was one of the Siglo de Oro’s great chroniclers; Felipe Guamán Poma de Ayala was, though his words went far astray, a prolific letter-writer. Yet for each voice like Horton’s or Wheatley’s or Latino’s or Garcilaso’s or Guamán Poma de Ayala’s, so many voices have been silenced.

The arts, then, are political, from those voices allowed and celebrated (did you know that Picasso’s Demoiselles d’Avignon, among other pieces, was heavily influenced by African art?) to our literary award problem, wherein men writing about men are more often awarded than anyone else. Even the ways in which we display art, from performing arts venues to art museums and natural history museums, is political. What do we consider “art”? I think we’ll all agree (or most of us, at any rate) that, say, Manet’s Olympia or Gauguin’s Day of the God or Gil de Castro’s portrait of O’Higgins is art. But what of art from other cultures and other places? Why do ancient Roman frescoes end up in art museums, but great works of art from people outside Europe go to natural history museums? Why does historic Islamic art end up tucked away in a basement, while historic Greek art gets a gallery?

The arts are, to cut a long story overly short, political. They are political in the sense that life itself is political, that the personal is political. Marie Antoinette got radical—maybe accidentally—by championing women artists, among them Adélaïde Labille-Guiard, Élisabeth Vigée-Le Brun, and Anne Vallayer-Coster. Fanny Mendelssohn’s brother was wary of her publishing, while her husband championed it. Nannerl Mozart Lange was close kin to Judith Shakespeare; the Auditorium Theatre was built with egalitarian ideals in mind. Caravaggio used street walkers to model Virgins and saints, cardsharps as apostles. Bach got put in the clink for fighting with his patron; Beethoven all but went to war with his. Music can be purely nationalistic, toeing authoritarian lines (Dmitri Shostakovich stumbled around that line), or it can be fierce and free and a celebration of the world at large. (Think, for one, of Yo-Yo Ma and the Silk Road Ensemble, or, for another, of Igor Stravinsky, who skipped town rather than toe anyone’s line.) The ways in which we display art—and what we consider art—is political. We are political creatures, we humans, and when we create our creations are political, all of our past and our present and our future pouring into the visual and performing and written art, the world encapsulated and encapsulating.